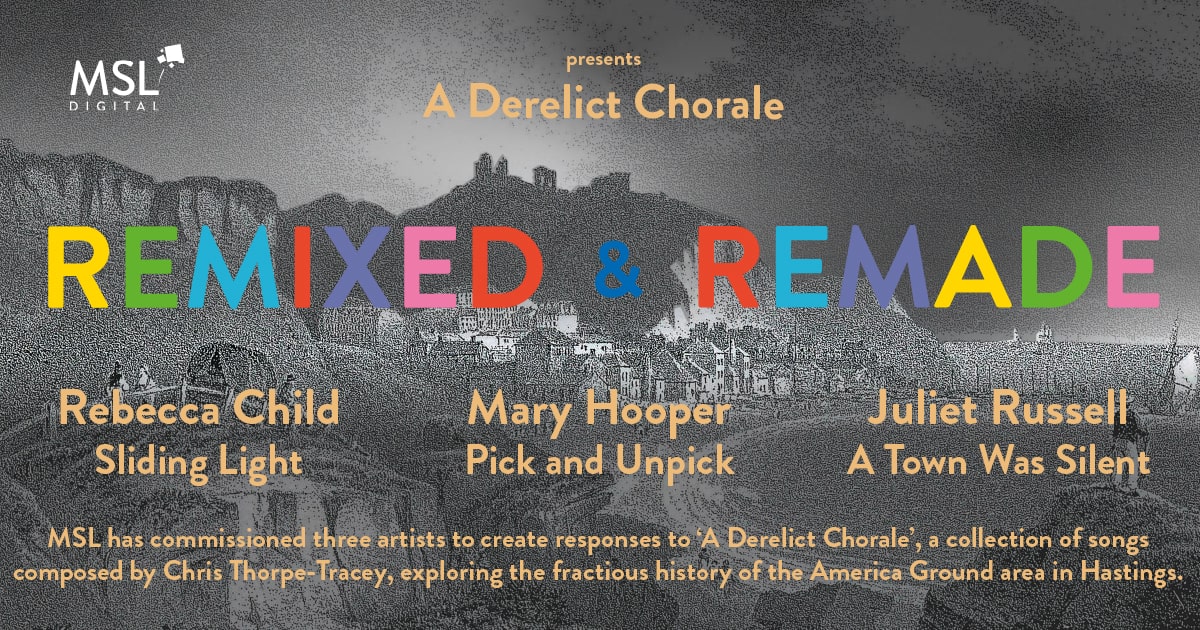 From January until Easter 2020, MSL commissioned writer, composer and producer, Chris Thorpe-Tracey, to work as an Artist-in-Residence within the America Ground, exploring the town politics of the 1800s, including some of the key characters and incidents. He created ‘A Derelict Chorale’ – a passionate contemporary response to the historical social landscape of the Napoleonic-era in Hastings, when hundreds were unfairly displaced from a temporary town that grew on derelict land which once was a harbour. Listen to the collection of songs here: https://mslhastings.bandcamp.com/album/a-derelict-chorale

MSL Digital commissioned three creatives in response to Chris’s work – Rebecca Child, Mary Hooper and Juliet Russell. Their works featured as a contribution to Coastal Currents 2020 and can be found on the Smart Heritage Map. 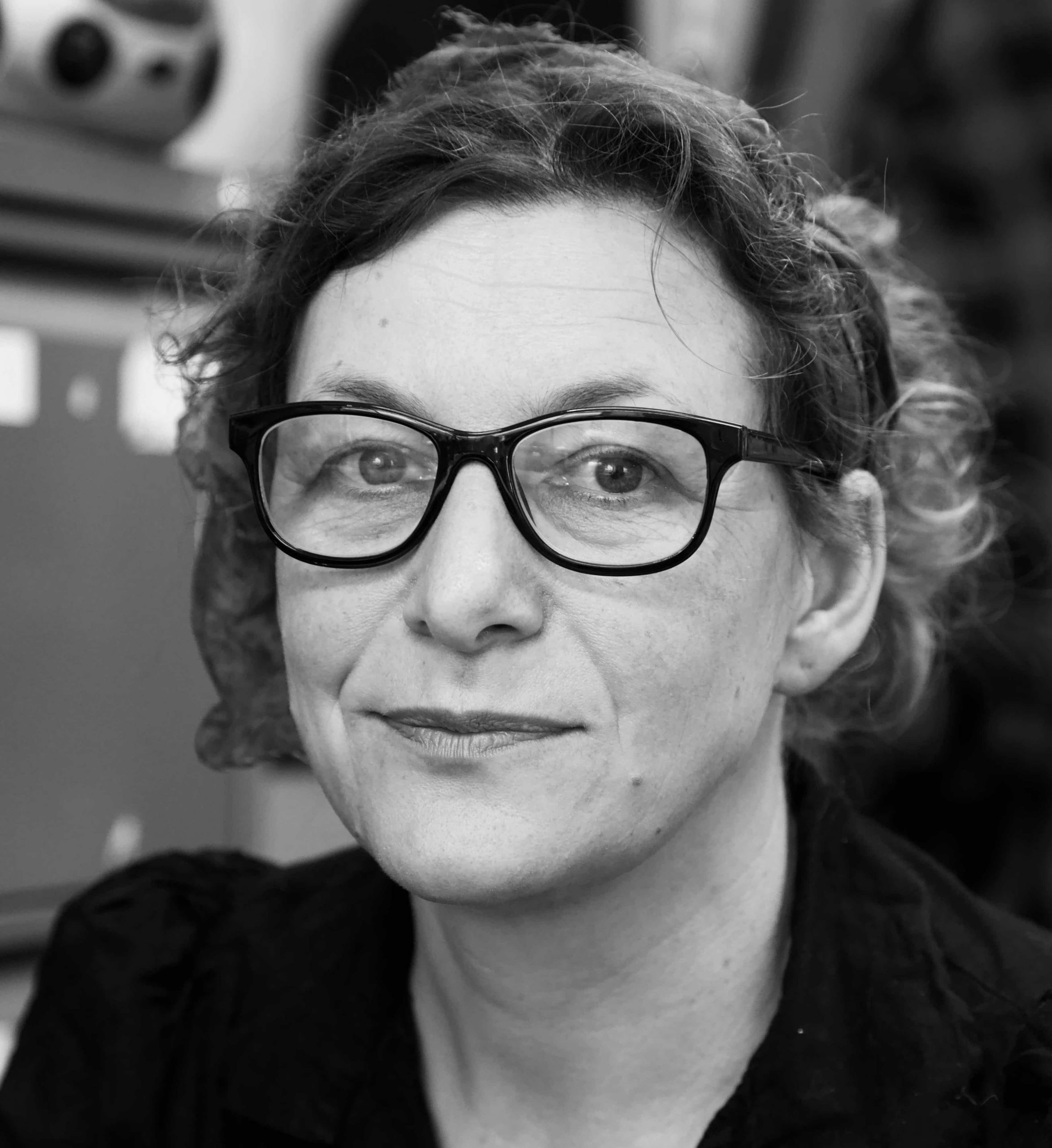 Rebecca Child is a prop and puppet maker. She has worked in theatre, film and live performance with a focus on community arts and outdoor events. In response to Chris’s songs Rebecca made a stop motion animation called ‘Sliding Light‘.

“The commission appealed to me because of the opportunity to create ‘worlds’ using the music and lyrics as inspiration. I have wanted to work with musicians for a long time and after listening to Chris’s songs, I felt instantly inspired. I find it hard to focus in isolation as my brain has so many ideas ALL the time but having to respond to somebody else’s work really appeals to me as I have a structure to follow, a brief. It is a way for me to illustrate his story.” 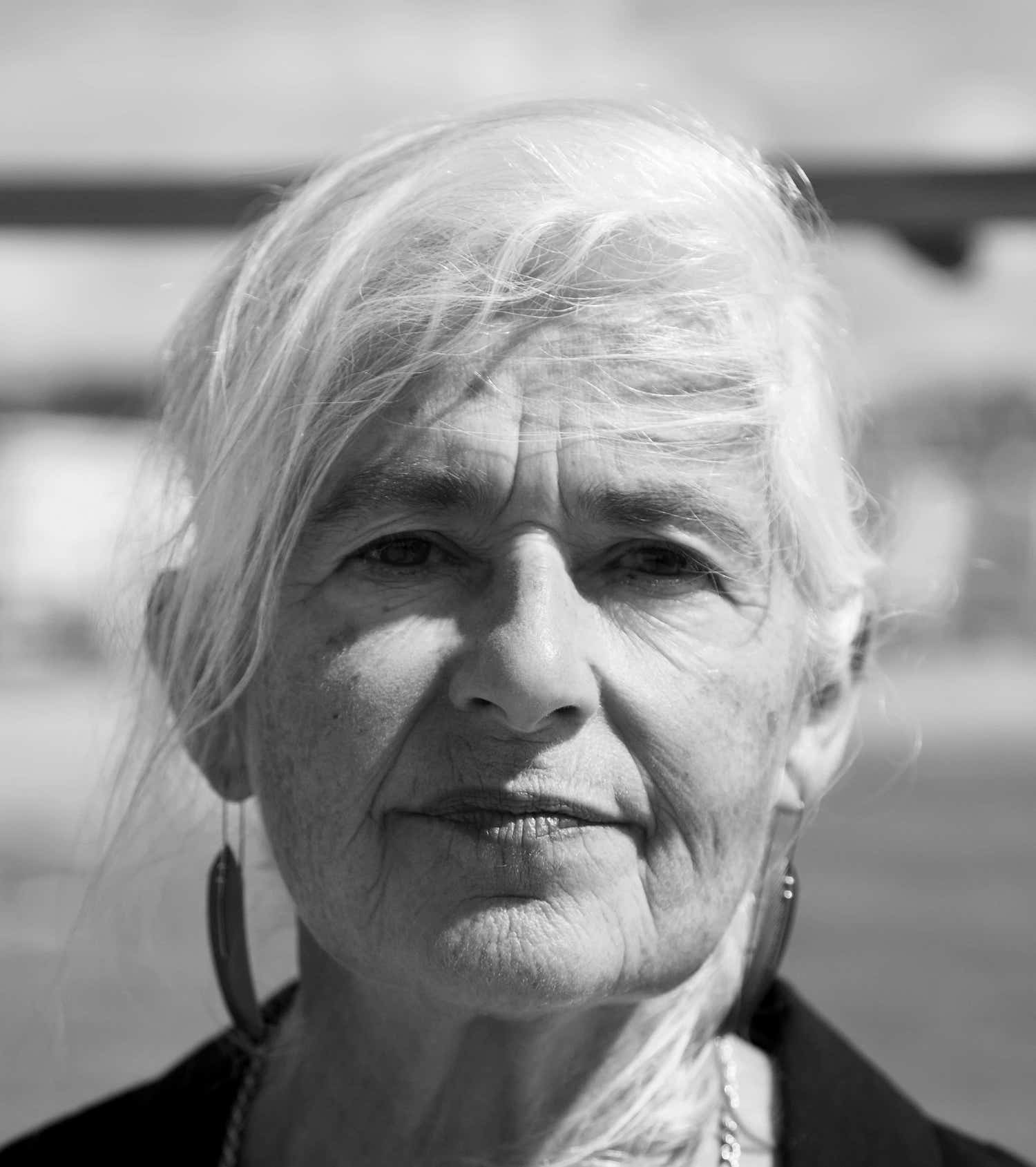 Mary Hooper is a visual artist working in digital and mixed media. Mary has created a digital sound and video piece, ‘Pick and Unpick‘, based on ‘Doin The Rope-Walk Tangle’ song.

“Using someone else’s work as a starting point to create something that respects the integrity of the original whilst creating something new, requires the unpicking of the whole to be able to interpret the separate parts. The project is stimulating because of its focus, it has a future and is an opportunity for me to develop my practice technically and creatively. It is also part of the development of a series of Digital Heritage commissions by MSL, and I am excited to be part of that, working with a team of creative people.” 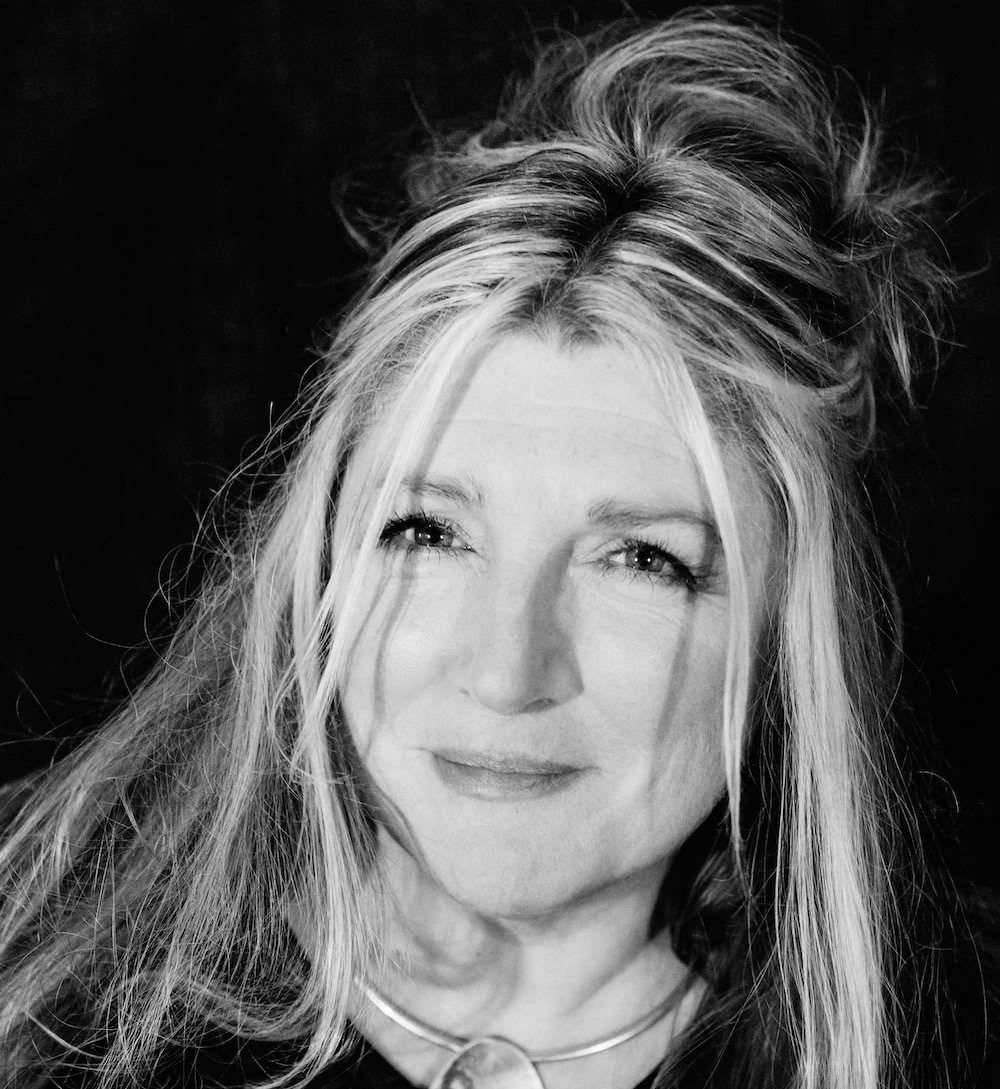 Juliet Russell is a composer, singer and director. Juliet has created an acapella piece of music, ‘A Town was Silent‘, using contemporary beatbox, harmonies, breath and rhythm.

“For the first time in history the singing voices of Hastings have been silenced due to Covid-19. In the current debate as to the serious future of community public singing, this new music endeavours to conjure the town’s choral traditions and will once more use the human voice in multiple form to tell the town’s history but in digital format. My new composition is woven in with threads of well-known Hastings Community voices, once again emerging  from the silence.” 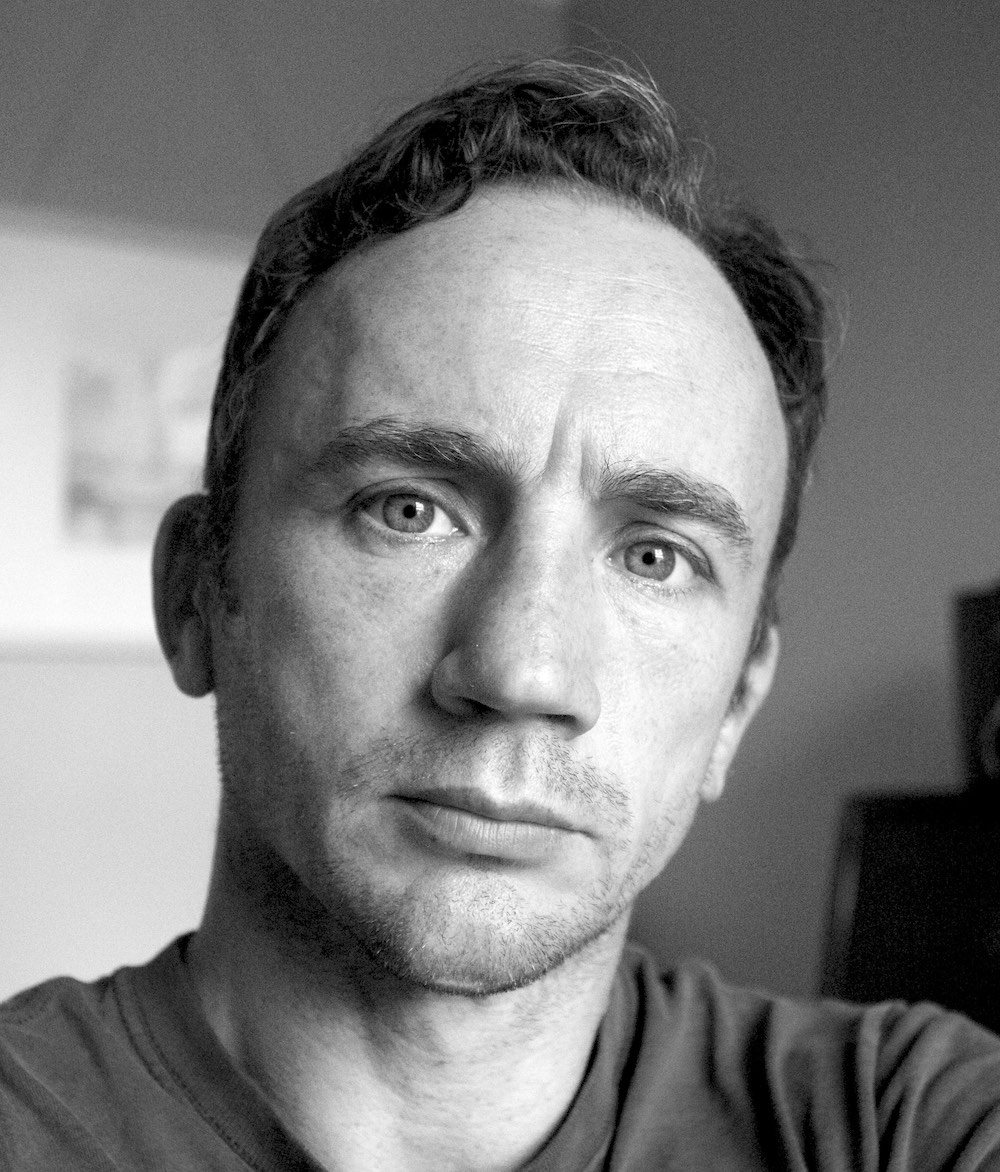 Sam Sharples has made a film about Remixed & Remade where he interviews all three artists about the works they have created and sets them in context in Covid times in Hastings. Sam is a filmmaker, editor and cinematographer and began directing his own work in 2005. Short films, ‘Passenger’ and ‘Night Train’ were followed by ‘Nan and Jon’ which were shown at Imax, New York, and the National Portrait Gallery, London. As well as working with the director, Nichola Bruce, recent projects have included films with performance artist Claire Whistler, writer Hugh Stoddart, and ‘Looking for King Lear’ with actor, Greg Hicks, as well as MSL.

A Derelict Chorale and the commissions are supported by Arts Council England, Hastings Borough Council, and the East Sussex Arts Partnership.

Photos of Rebecca and Mary by Sam Sharples.