All the fun of the Fair 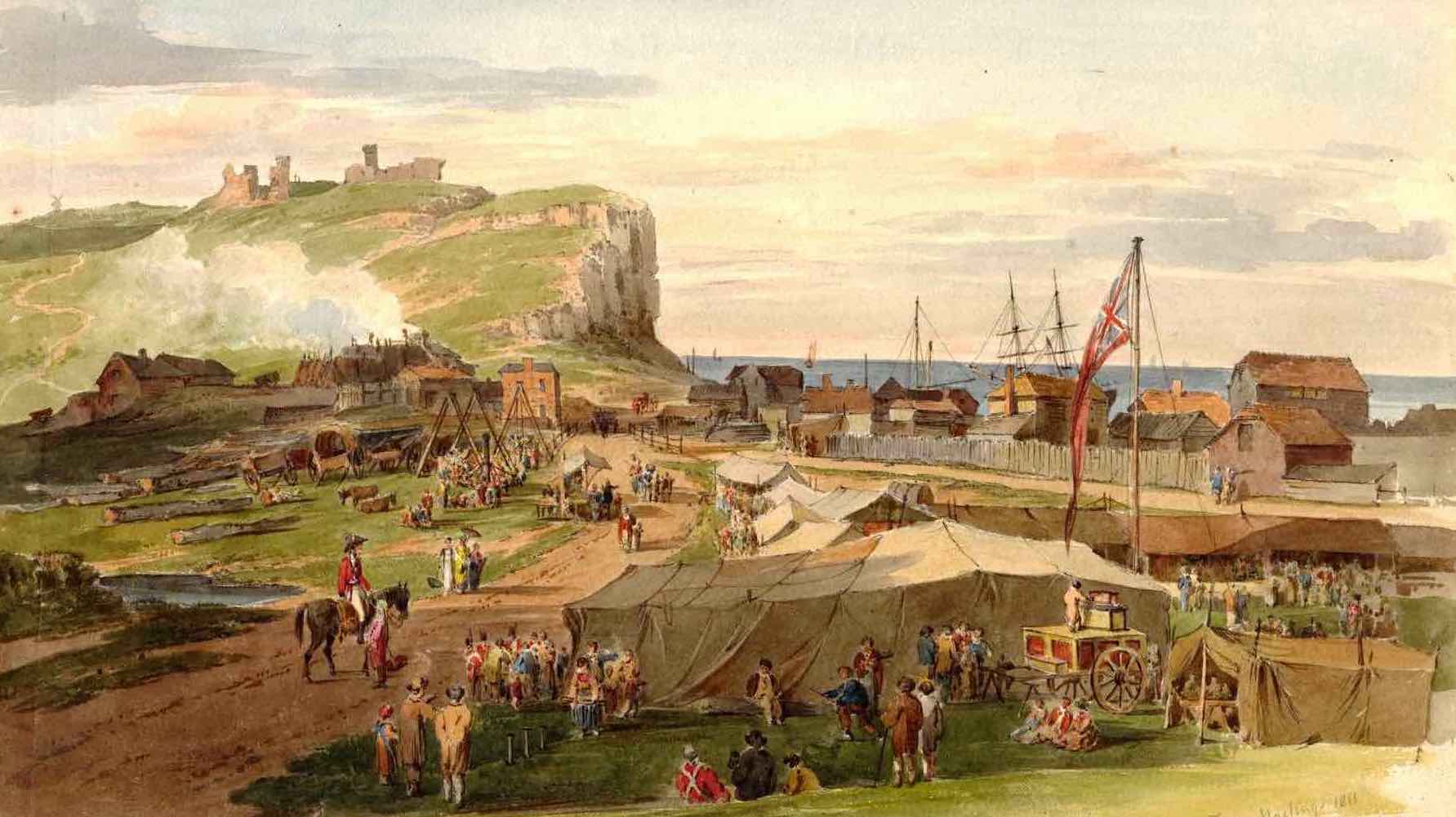 Less than two months ago I was finishing up a project with MSL, eagerly awaiting the first outing of newly composed folk songs based on the history of a small, but significant area of Hastings known as The America Ground. As lead researcher for MSL, my task had been to unearth stories of people and place that would be re-imagined by musician Chris Thorpe-Tracey and I know I wasn’t alone in looking forward to hearing these songs performed in the location in which they were set.

Around the same time, as one project was being wrapped up another was beginning to unfold. Present at what turned out to be our last meeting in the real world, alongside me, Margaret (Sheehy), Jon (Pratty) and Chris, was the writer and director, Rosanna Lowe who I would be working with next on another project set in this same area.

Rosanna had previously worked with us on several projects, among them Storylines 2017, which took place in Rock Alley, behind Claremont. MSL was now commissioning her to investigate more of the stories of this space, over a greater time period, linking them to current issues facing the world. At that time, the thing we were worrying about most was Brexit and the effect that crashing out of the EU was going to have on livelihoods, the health service, social policy, and arts and culture. A week later, life as we knew it ground to a dramatic halt as the Corona virus finally hit the UK, with the sudden shutting of schools and businesses, widespread panic about catching the virus, how the NHS would cope, and how businesses could survive. Full lockdown followed just a few days later, around the same time that we got the go ahead to start work on this next project.

Very early on Rosanna identified that she would like to investigate the idea of the Fair. Before this area had been inhabited by squatters in the early nineteenth century, the town’s annual Rock Fair had been held on the triangle of land that Holy Trinity Church now sits on. The fair seems to have taken its name from the cliff of the White Rock that rose above it and, since this cliff is thought to be the location of the Anglo-Saxon settlement at Hastings, Rock Fair might actually be very old indeed. In medieval times, however, it couldn’t have been on the ground at beach level but up on the cliff because the Claremont/Robertson Street area was then under the sea.

Rosanna is interested in what the fair represents in the imaginations of people. We probably all associate fairgrounds with letting our hair down, seeking thrills as teenagers on terrifying rides, loving that our parents thought the fairground was a place of immodest behaviour (at best), or somewhere where something altogether darker could happen. I suppose I can only really speak for myself and Rosanna here, but we agree that for us as teenagers growing up in quiet, rural locations in the 1980s, the couple of days a year when the fair came to town was the most exciting life got. We also both tend towards the view that Hastings, a town that neither of us was born in, is a place so full of carnivalesque events – Jack in the Green, Bonfire, Midsummer, Old Town Carnival, to name just a few – that when the fair does actually come to town it’s a breath of something normal from the outside, a reminder that other places only get to do this once a year! I know we are both relishing the prospect of immersing ourselves in our new project Rock On, Rock Fair over the next few months. Let the fun begin!