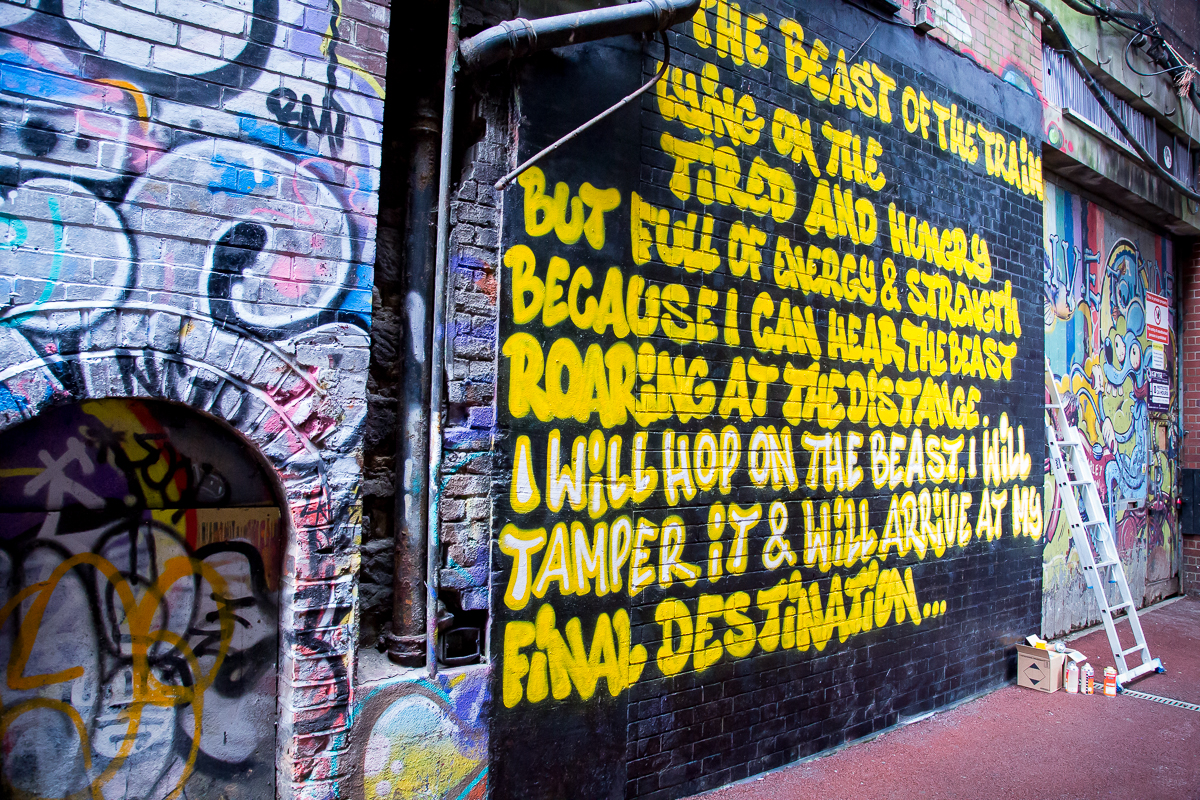 Hastings’ cavernous and atmospheric Observer Building is usually closed to the public, but on Saturday 22 and Sunday 23 February, 2020, it opened its doors for a unique drop-in event.

streetsmART slam celebrated the world of graffiti and street art. Visitors were able to ‘Watch, Try, Learn and Buy’, with artist workshops, stencilling, spraying and rollering activities, exhibitions, stalls, films, DJ and food, plus live painting from top street artists, Joe Holbrook and Pablo Allison, who made new pieces of street art in the Alley behind the building over the weekend.

The Beast of the Train
Pablo Allison created The Beast of the Train for the Alley. It began its journey to Hastings from Guatemala as a poem written by a migrant friend, Jeramias Estrada, translated from Spanish to English by Pablo and painted over two days at the event. It represents the experience that many migrants live when they decide to travel on The Beast towards the hope of a better life. For Pablo, who has been documenting the journeys of migrants in Central America, it is a strongly personal statement. He offers it for “anyone who has empathy towards people in a more vulnerable position and to help people understand others who are trying to lead a better life”.

‘The beast of the train lying on the tired and hungry but full of energy & strength because I can hear the beast roaring at the distance. I will hope on the beast, I will tamper it & will arrive at my final destination.’

Missing in Action
Joe Holbrook’s Missing in Action is a strongly personal statement about his beginnings as an impoverished and self-taught artist. It represents the disappointment he would feel after plucking up the courage to acquire spray paint illicitly, only to find an empty space on a shelf which should have been filled with the desired black spray can. Another artist had beaten him to it. The commission offered Joe a change of focus from recent sculpture and paint on canvas.

From Kent, Joe used to visit Hastings and surrounding areas as a teenager, creating graffiti with the materials he has depicted in the work. He offers it those with similar experiences of growing up in the graffiti community.

A highlight on the Sunday was a workshop with Pablo. Participants discussed his photographic work, painting the language of their discussion as graffiti on the Observer Building’s interior. The workshop highlighted the role of graffiti and street art in raising awareness of injustice and inequality.

streetsmART was supported using public funding by Arts Council England and Hastings Borough Council and was presented in collaboration with Stella Dore Gallery, St Leonards and the Observer Building. 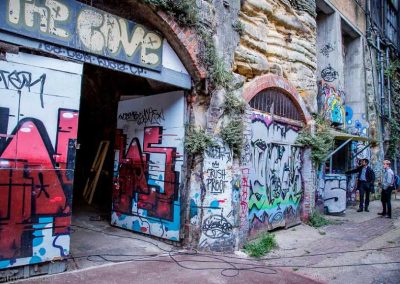 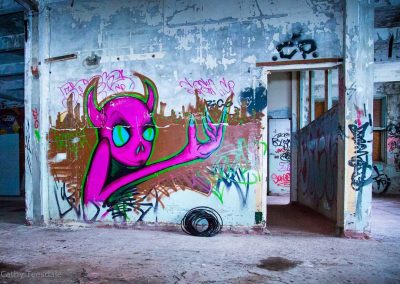 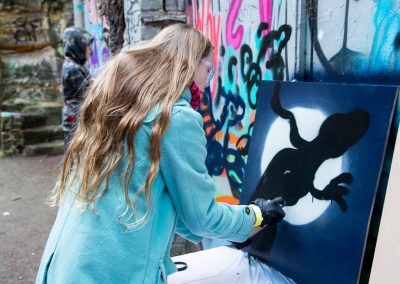 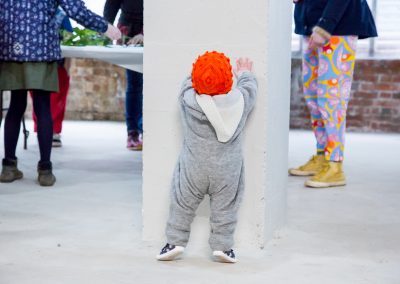 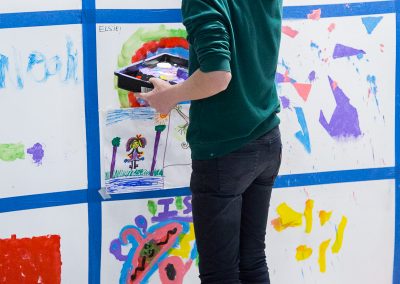 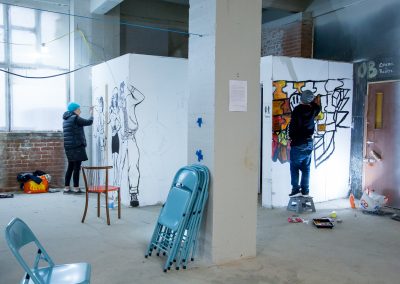 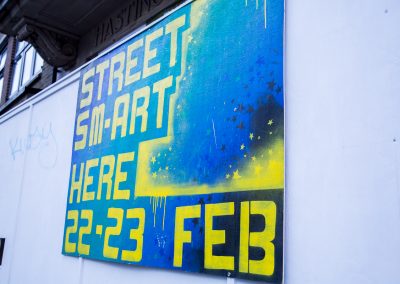 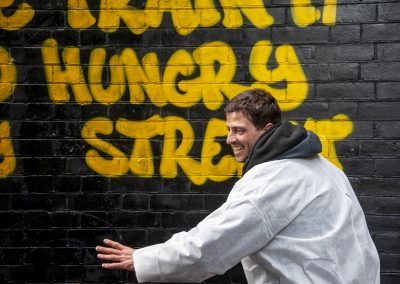 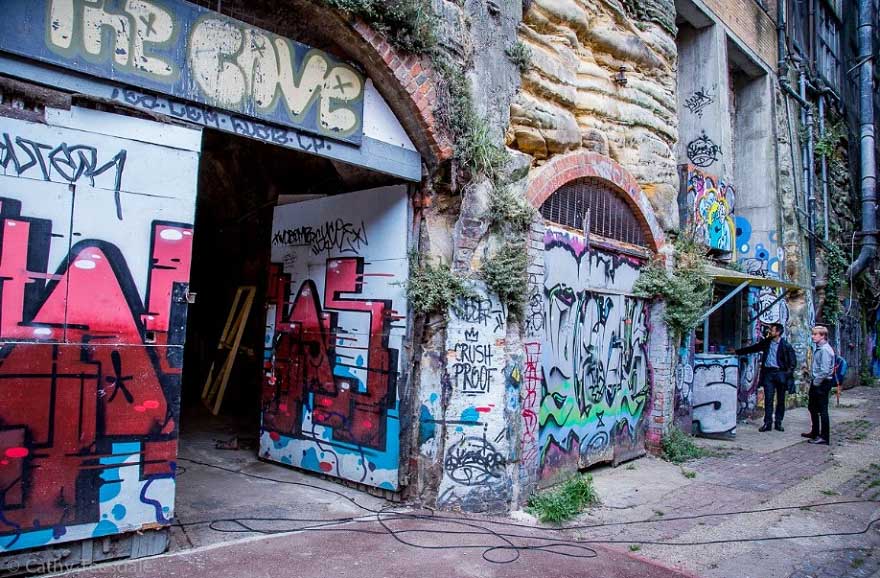 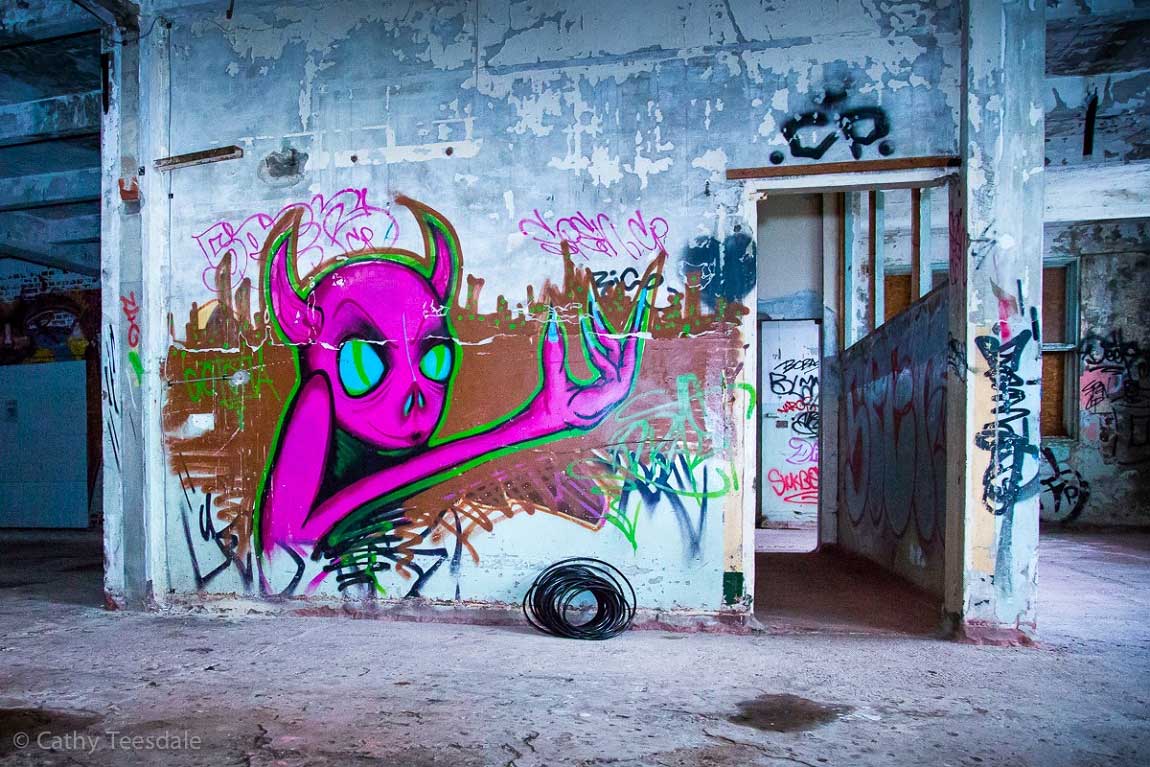 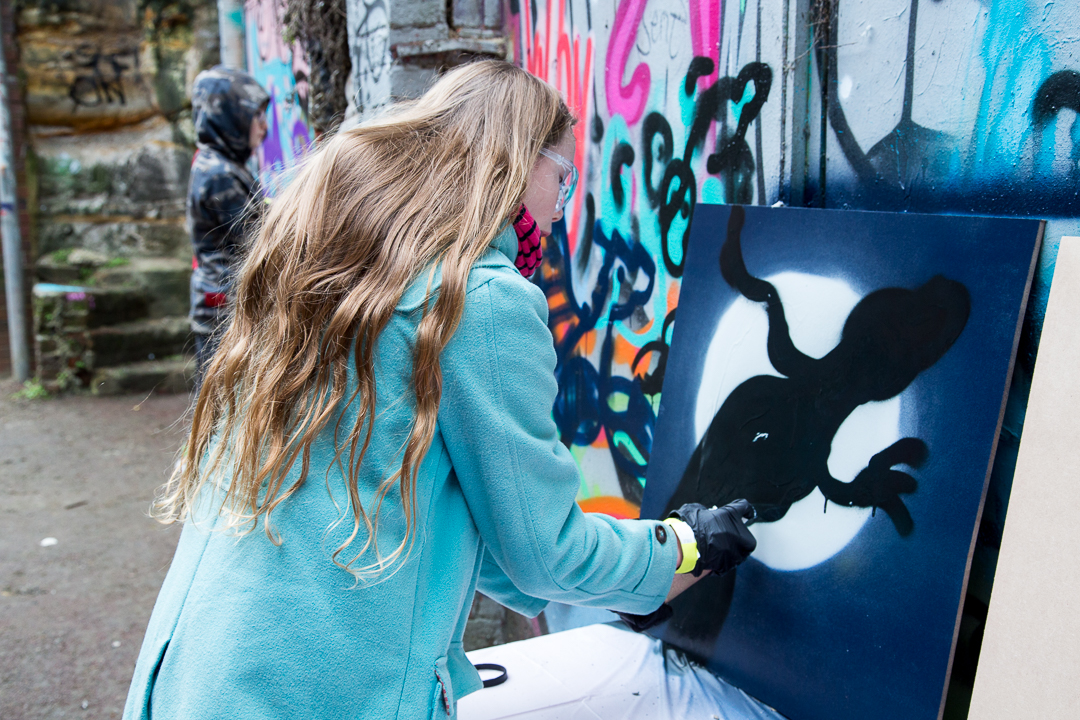 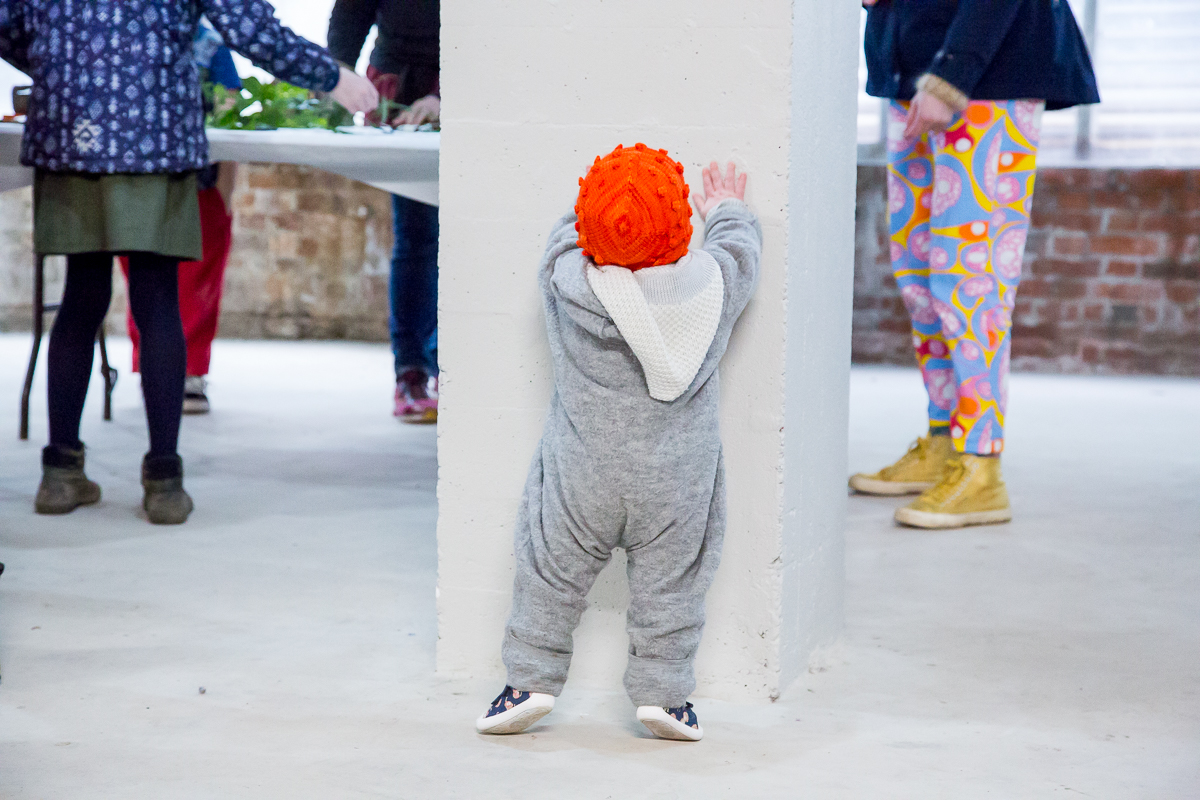 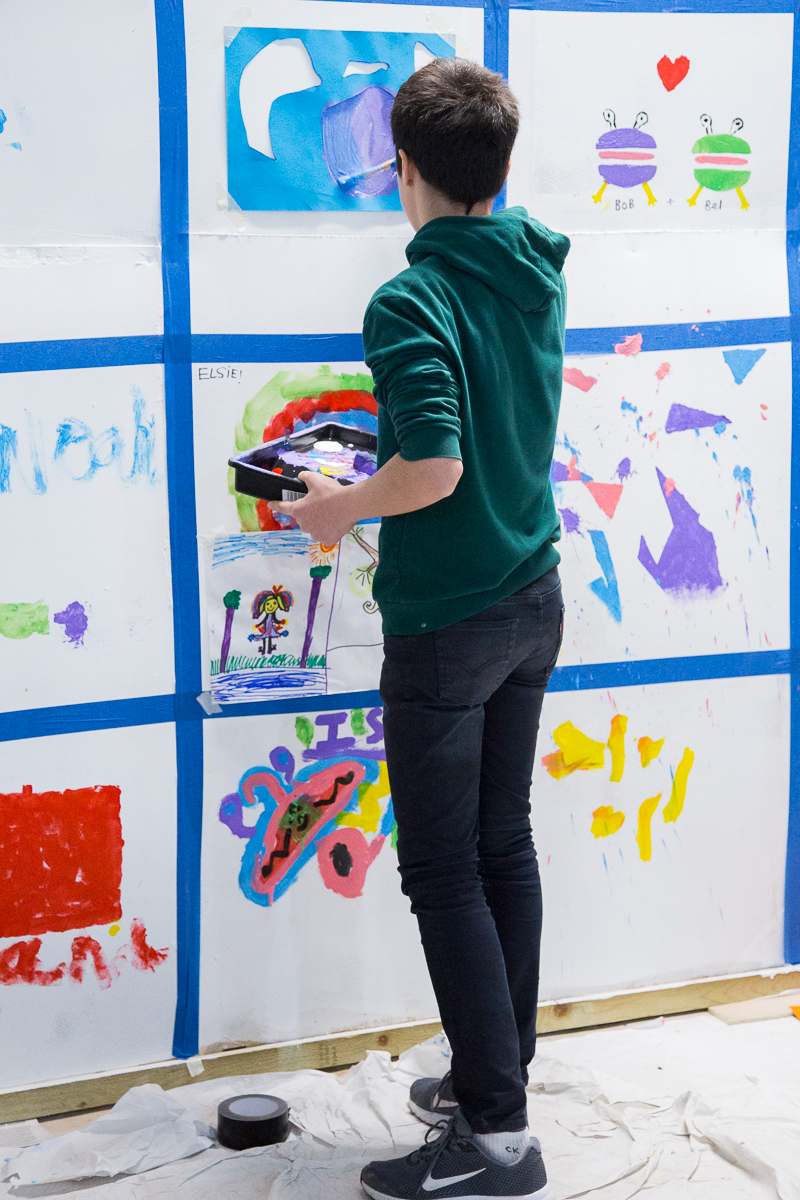 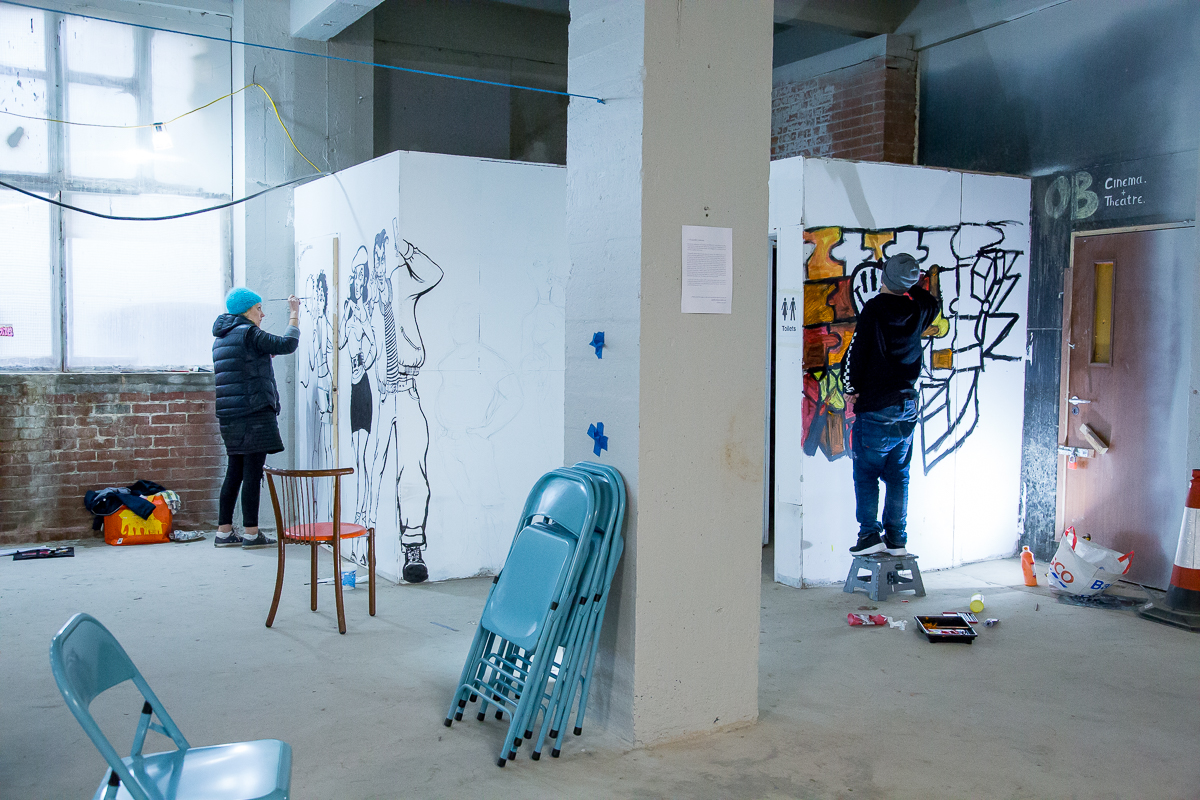 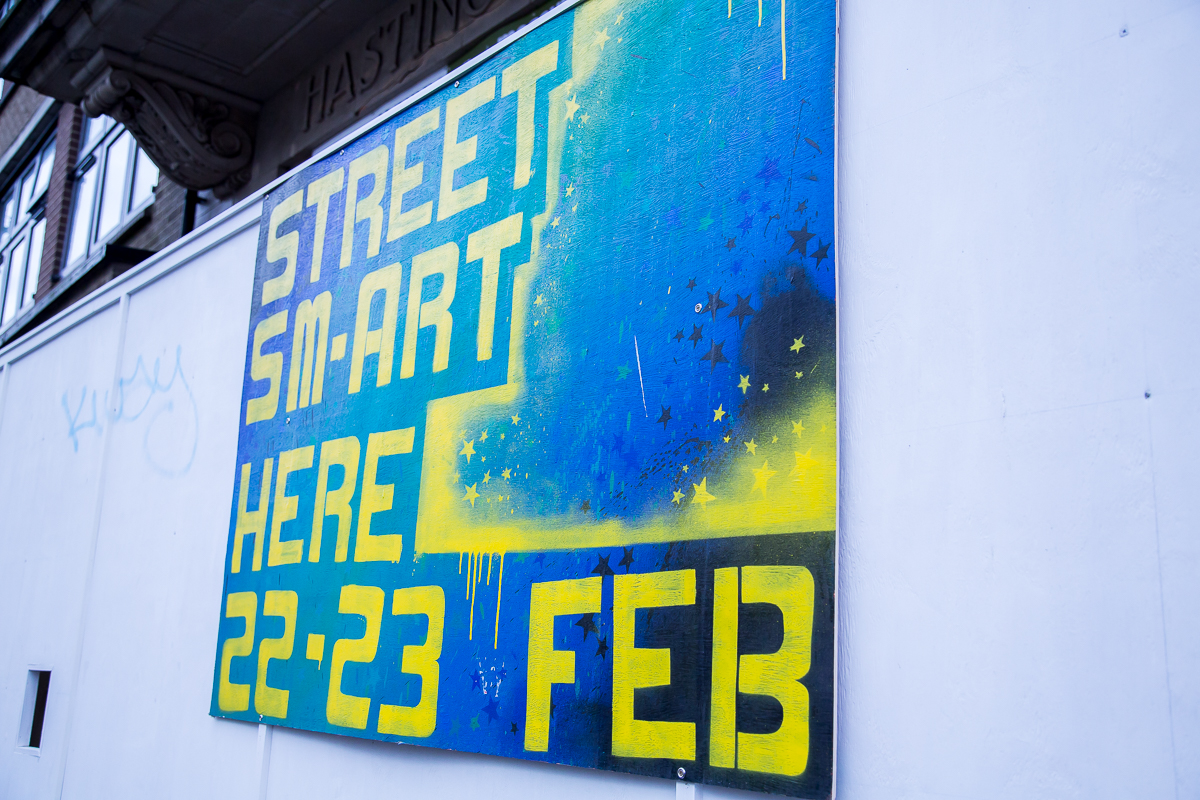 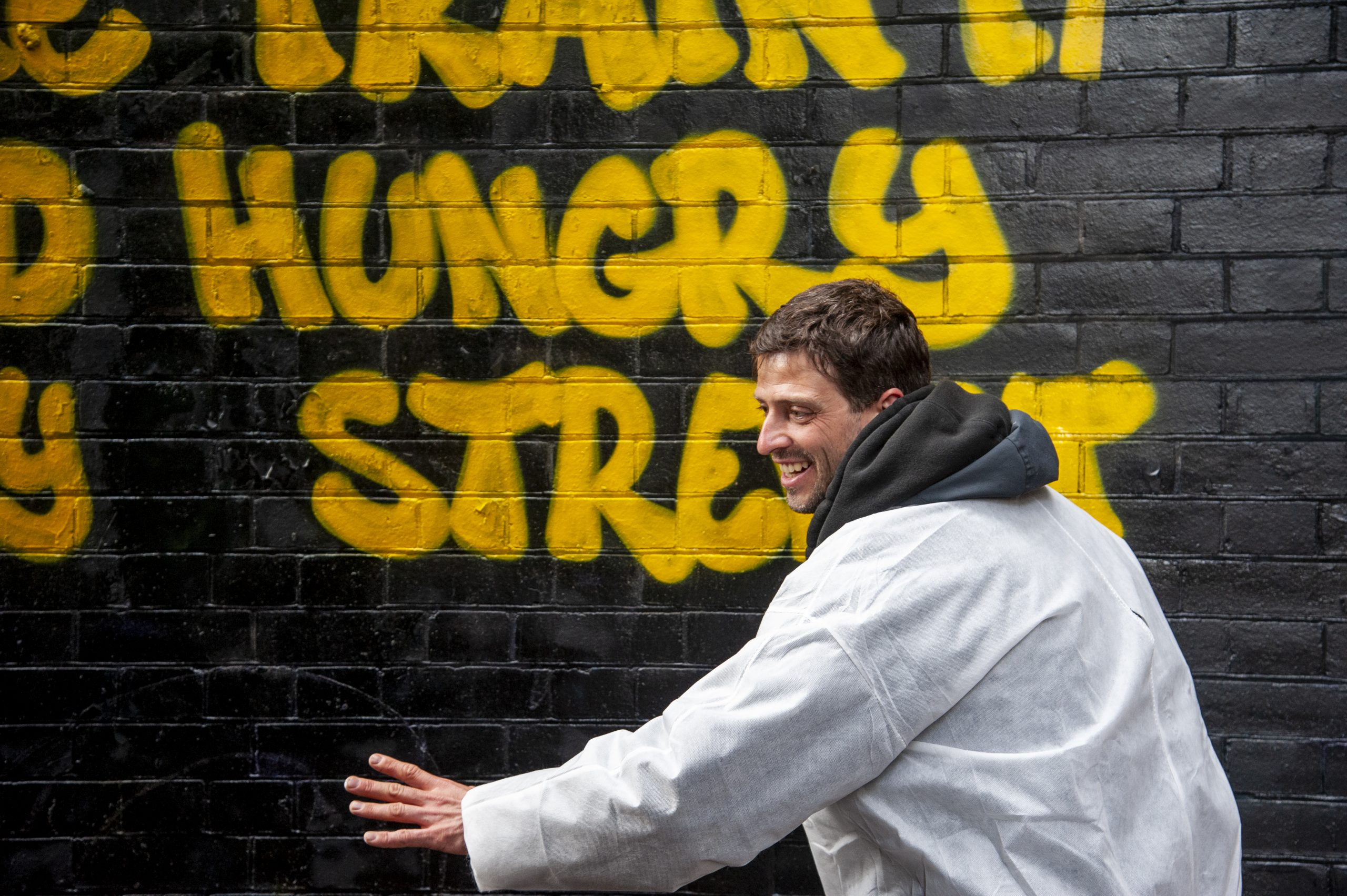 Information on some of the artists 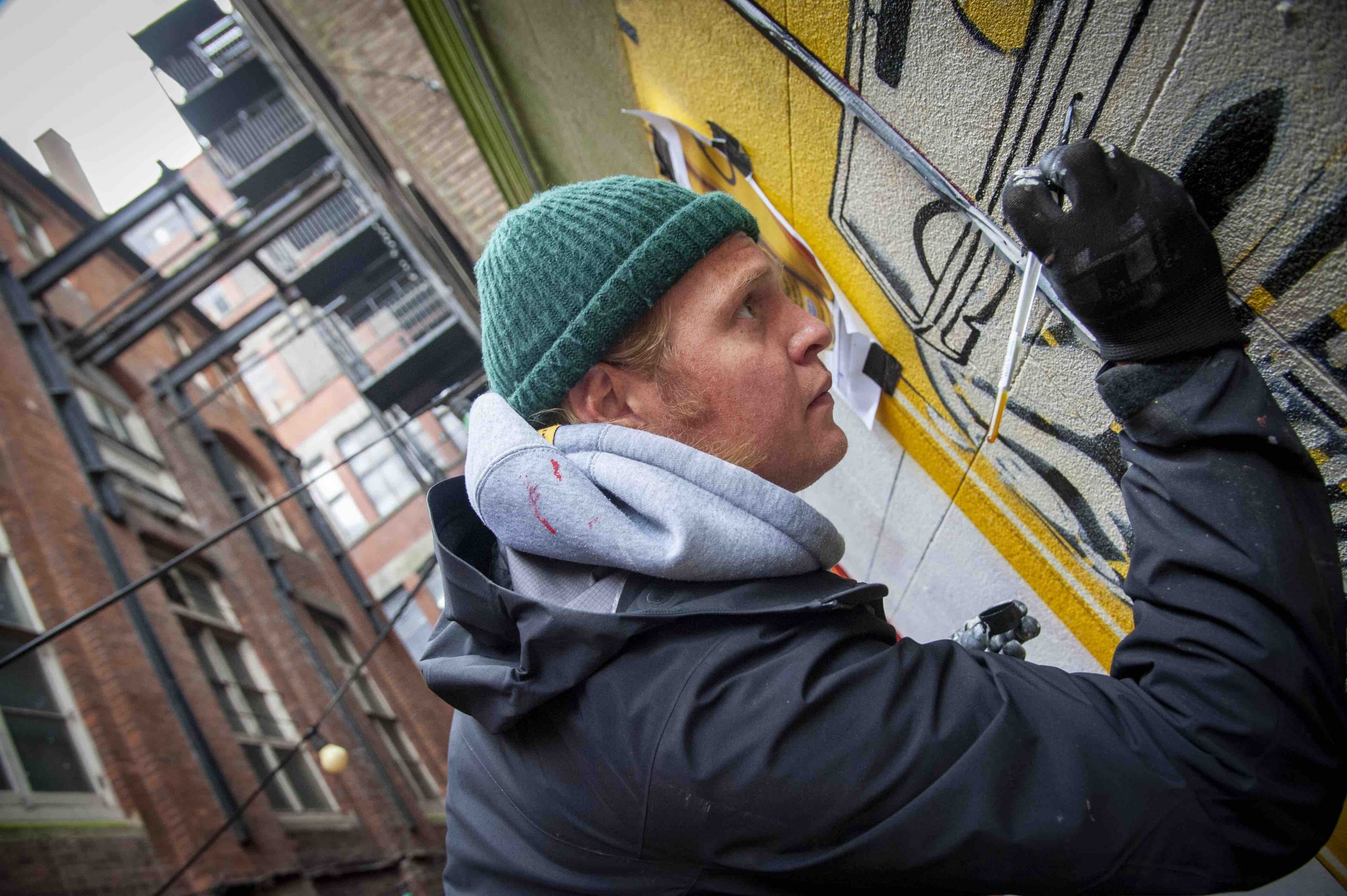 Joe Holbrook is a young and hugely talented visual artist from Kent, self-taught in both painting and sculpture. He is fascinated by youth culture and the overwhelming lust for good times and enjoyment. He has exhibited his work in galleries across Denmark, Italy and the UK and is very much still at the beginning of his journey of artistic exploration. 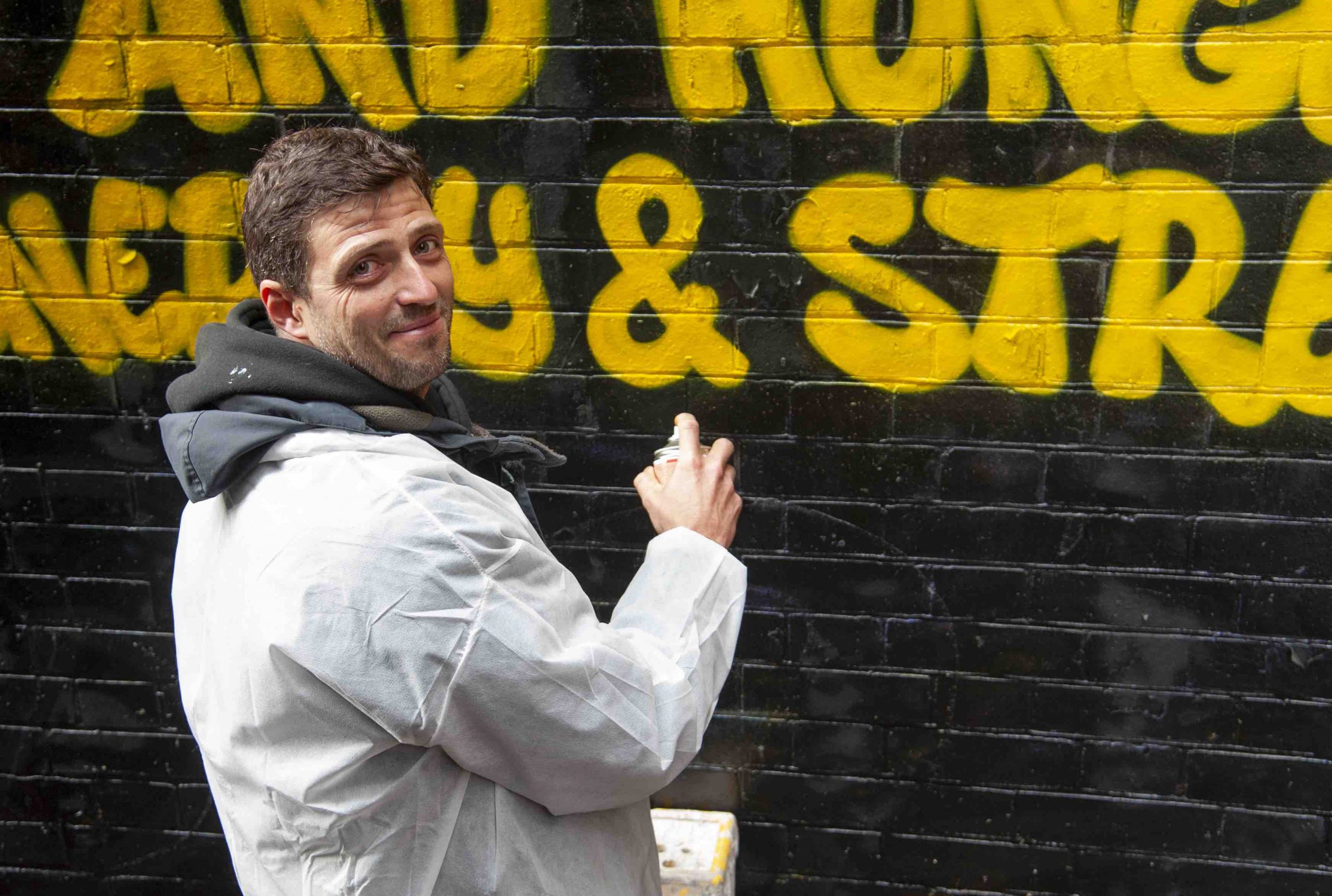 Pablo Allison was born in Manchester and grew up in Mexico City where he became interested in painting graffiti as a teenager in the mid 90s. He later returned to live in London where he continued to practice graffiti while studying for a degree in documentary photography.

He returned to Mexico in 2016 and began to paint large-scale walls based on socially aware themes. Recently he has been working on a long-term photographic project, following the migrant trail from Central America to the USA.
​
His work has been exhibited widely in the UK and Mexico, as well as in the United States and France specifically. Photographs by the artist have been published by The Huffington Post, National Geographic, TeleSur, Vice Magazine, El Pais and Juxtapoz to name a few. He currently lives and works in Latin America.

streetsmART was supported using public funding by Arts Council England and Hastings Borough Council and was presented in collaboration with Stella Dore Gallery, St Leonards and the Observer Building.