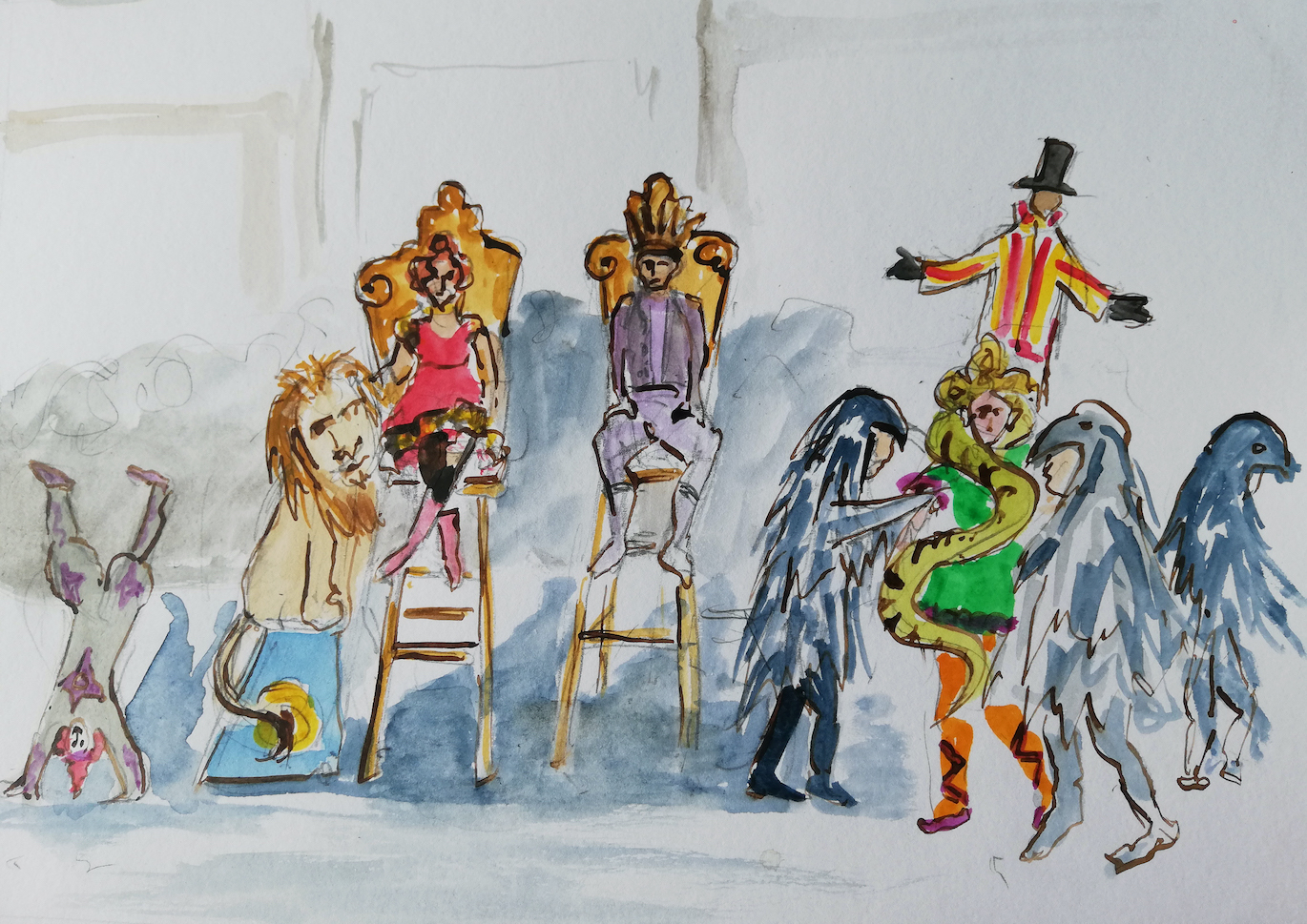 From April to September 2020 Rosanna Lowe, writer and collector of stories, and researcher and writer Julie Gidlow invited others to help them research and develop a potential new musical The Wild Horn Fair (previously called Rock On, Rock Fair), exploring the history, myth and mystery of Fairs and Festivities in Hastings and beyond. The Wild Horn Fair was inspired by the Rock Fair, which took place annually in Hastings for at least four centuries, originally located on the White Rock and later moving to ‘Rock Fair Green’ and to the area now known as the America Ground or Hastings Trinity Triangle. Rock Fair was finally banned in 1853.

The story spans five centuries and follows the story of three Roses, whose lives are bookended by pandemics and marked by the struggle between propriety and societal norms and the wild abandon of the carnivalesque. It is set against a backdrop of the invention, growth, decline and re-invention of the travelling fair, the local market and Hastings’ High Streets. In three online creative writing workshops Rosanna, Julie and participants explored the whirligig world of the Fair and the carnivalesque, creating stories, poems and songs. Guests included local historians, folk experts and musicians.

We are planning for The Wild Horn Fair to be performed by community participants in and around the Trinity Triangle in 2023, where the original Fairs were held. We can promise it will be an exciting and unique event for both participants and audiences on the street!

Meanwhile, in the summer of 2021, Rosanna wrote a further draft of the work and we held a preview of it in August at Hastings’ Shipwreck Museum. The preview showcased the work developed by Rosanna, Jane and Julie for a small invited audience, ultimately resulting in a Wild Horn Fair video.

Rosanna Lowe is a storyteller, theatre-maker and writer. She searches for stories in strange places like rubbish dumps around the world or wartime Guatemala. She has written travel articles for national newspapers and sketches for Horrible Histories. Her plays have been performed in locations from the West Yorkshire Playhouse to on board an ice-breaking ship. For more information about Rosanna, go to: rosannalowe.com

Lunatraktors and Rokurorubi are two of the folk groups Rosanna worked with in the R&D stage of The Wild Horn Fair, creating new songs and music.

Rosanna also hosted two salons in June 2020 with guests who are experts in the Carnivalesque. You can view it here.

Julie Gidlow is a historical researcher who has worked with MSL for eight years as well as for Hampton Court Palace and The Tower of London and in the archives of Hastings Reference Library.  She is currently working on MSL Research Trove to make it available to artists, other creatives, local people and researchers.

While working on The Wild Horn Fair Julie has been writing some blogs which you can read on our Blog page.

Jane Bruce is an artist, designer and project manager who has worked in media, television, documentaries, feature films, arts and opera. She creates and manages installations and theatrical performances, taking place in unusual sites, often outside and experimental in their nature including workshops in the community and schools.